The Recipe Mural that Mindy from Mindy's Murals painted in my kitchen is amazing. It is such an amazing tribute to a woman who meant so much to me!

When I was growing up, my Grandmother and I were incredibly close. When I was starting middle school, she moved closer to us and I would get dropped off at her house every day after school, it was awesome! She had a sweet tooth and I was no different. In her garage fridge, there was every pop you could imagine and then FULL-SIZE candy bars for the taking! What kid doesn't want candy and pop after school?

I also just really liked being around her, she always had a way with me. When I was anxious she was able to calm me, sometimes I would even spend the night at her house. These memories are some of my most cherished things. Every time I think back, I feel how blessed I was to have her in my life.

As you can imagine, I miss her to this day and there are so many times I wish I could go back and visit with her or stand in her kitchen and mix up the family favorites just one more time! Since that is obviously not in the cards, I wanted something that would remind me of her and I wanted it to be as unique and impactful as she was.

Inspiration struck when I was eating dinner at one of our favorite restaurants in Manhattan, Bourbon and Baker. They have such a fun atmosphere and although I have been there hundreds of times, I had never really sat and taken in what all was on the walls. Then one day I noticed, on a portion of a wall was a recipe and I thought, I love that!

That night I started looking up customizable wallpaper. After finding a few sites and inputting my design to calculate the cost I thought boy is that expensive! But, like most of us when it is something we really want we follow up that thought with, "it will be worth it!" Next, I began to search through the recipe cards I had of my grandma to try and decide which one would work the best, I wanted to look at the scale, her writing, and most importantly, was it a family favorite?

I got my mom involved and mentioned it to some friends, while I think they all thought it would be fun, they were on a similar thought pattern as my husband! You are going to put what on your wall?? LOL While I was deciding on which recipe card to put up on the wall, my business partner had just completed some work at her house. Ironically, it was a new mural that had been painted in her home office in place of customized wallpaper!

Plans changed when one of my business partners had just completed work at her house in the way of a new mural that had been painted in her home office! She also felt the custom wallpaper was a little on the pricey side and found an amazing alternative!

A mural, I had never thought about that! When my business partner spoke about customizable wallpaper being expensive and then having to find someone to hang it etc., I thought, I need to look into this mural option as well!

I had seen Mindy's work before, she has painted in the area and out in Western Kansas for many years. Mindy owns Mindy's Murals and is based in Junction City, KS. Locally, her work proceeds her, simply because she is phenomenal. I was excited to set up a time to meet with her, to share my idea, and see if she could make it happen. When Mindy came to my house, I showed her what I what thinking, and without hesitation said, "I can do that!" I was thrilled!! Fast forward to about a year later, yes, you read that right, a year later and I was on her books! Mindy is super busy, but that is what happens when you are good!

Mindy came to the house mid-morning on Friday, we talked briefly and confirmed the size and the placement of the mural. After that, she got to work! When she had just drawn the backgrounds of the cards I walked into the kitchen to refill my water glass and was blown away. Instantly I knew I made the right decision, my grandma's handwriting was not painted on the cards and they looked amazing!

Fast-forward again to a few hours later, she was done and the mural is what you see today! To say I was blown away is an understatement, I still look at the mural today and I am in awe. My Grandmother's recipes cards are larger than life and perfect! As I cook in my kitchen it reminds me that my grandma is always with me and those conversations I long for can be had at any time. The wall is like a giant hug from her that I have missed.

I could not recommend Mindy enough. If you have a project that you have been thinking about doing, do it! Something fun in your kitchen, a picture from a favorite vacation, or like me, as an option to wallpaper that you just do not want to hang, just call Mindy! 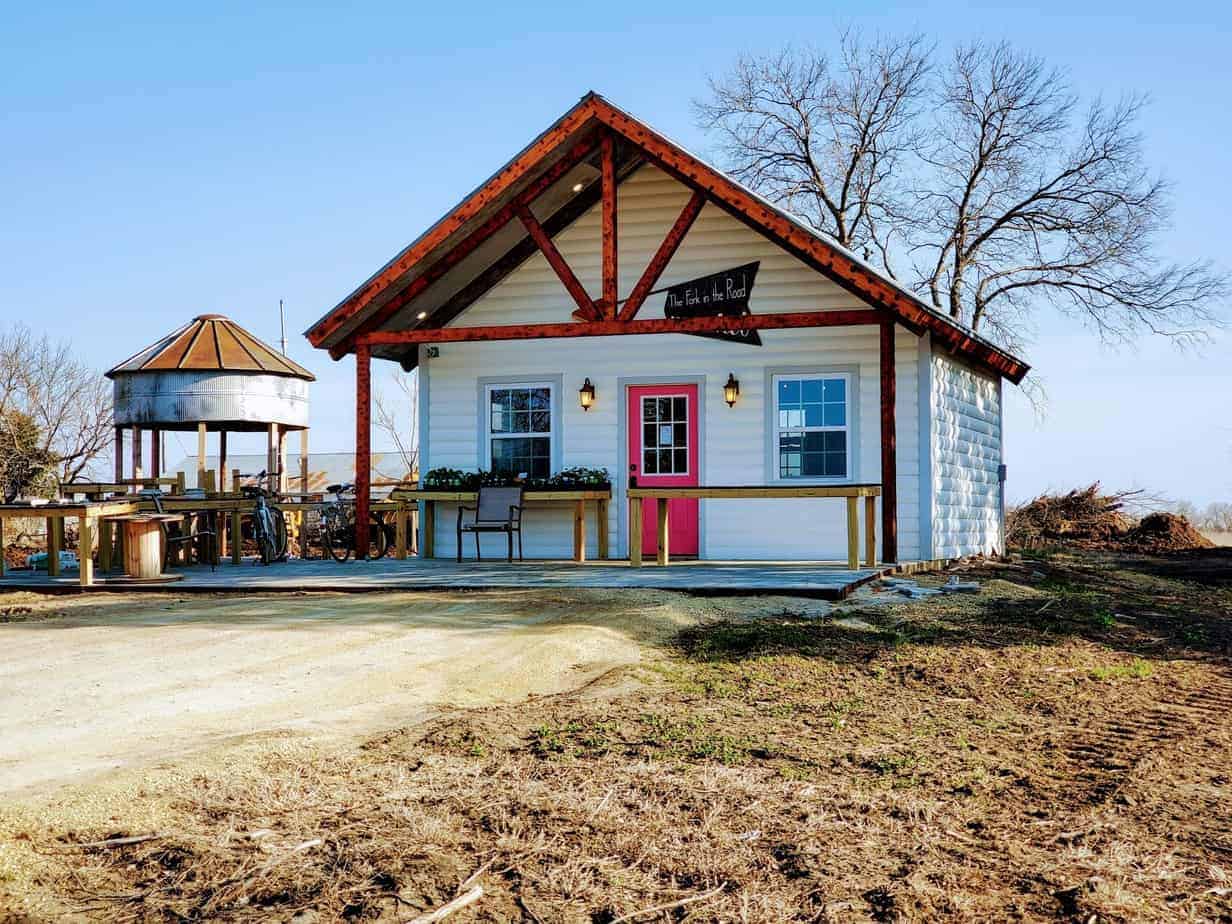 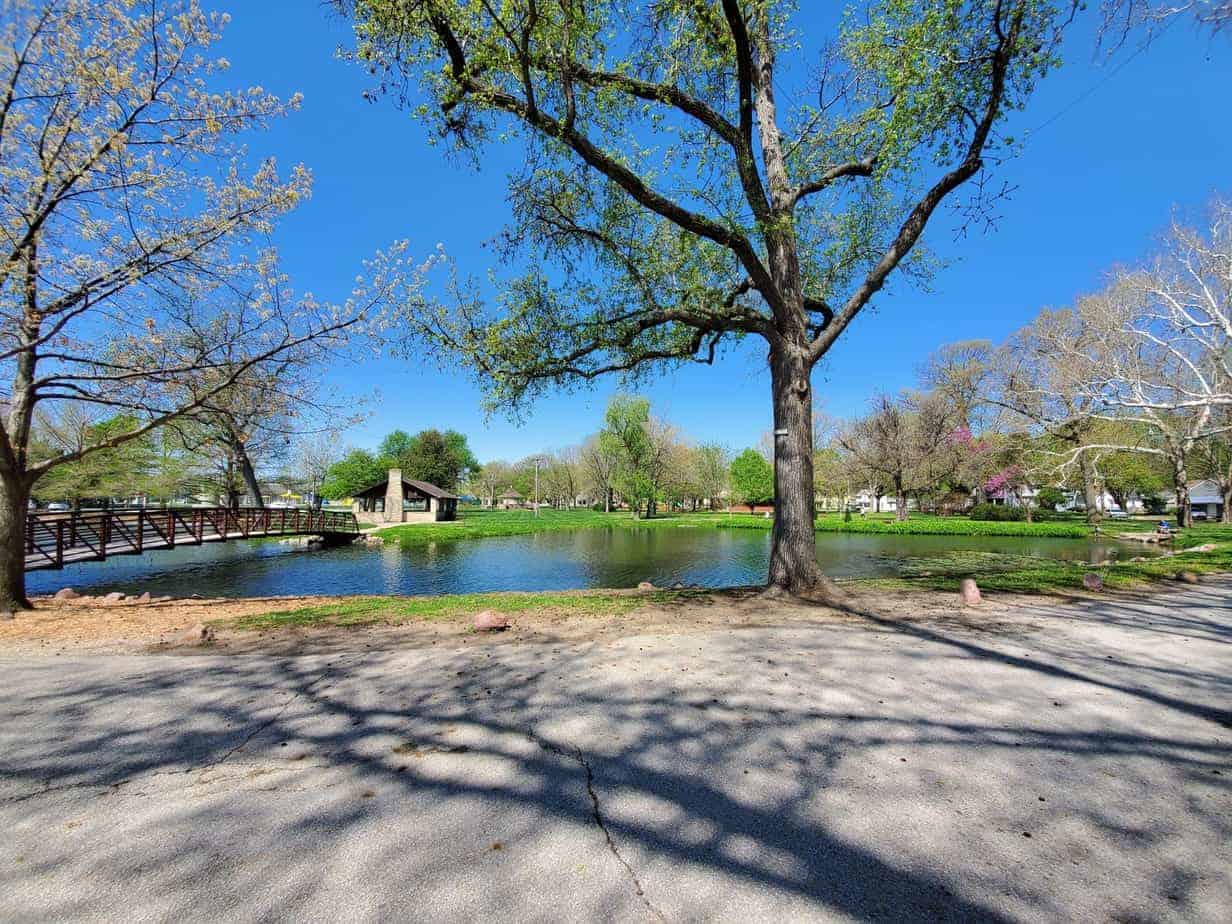 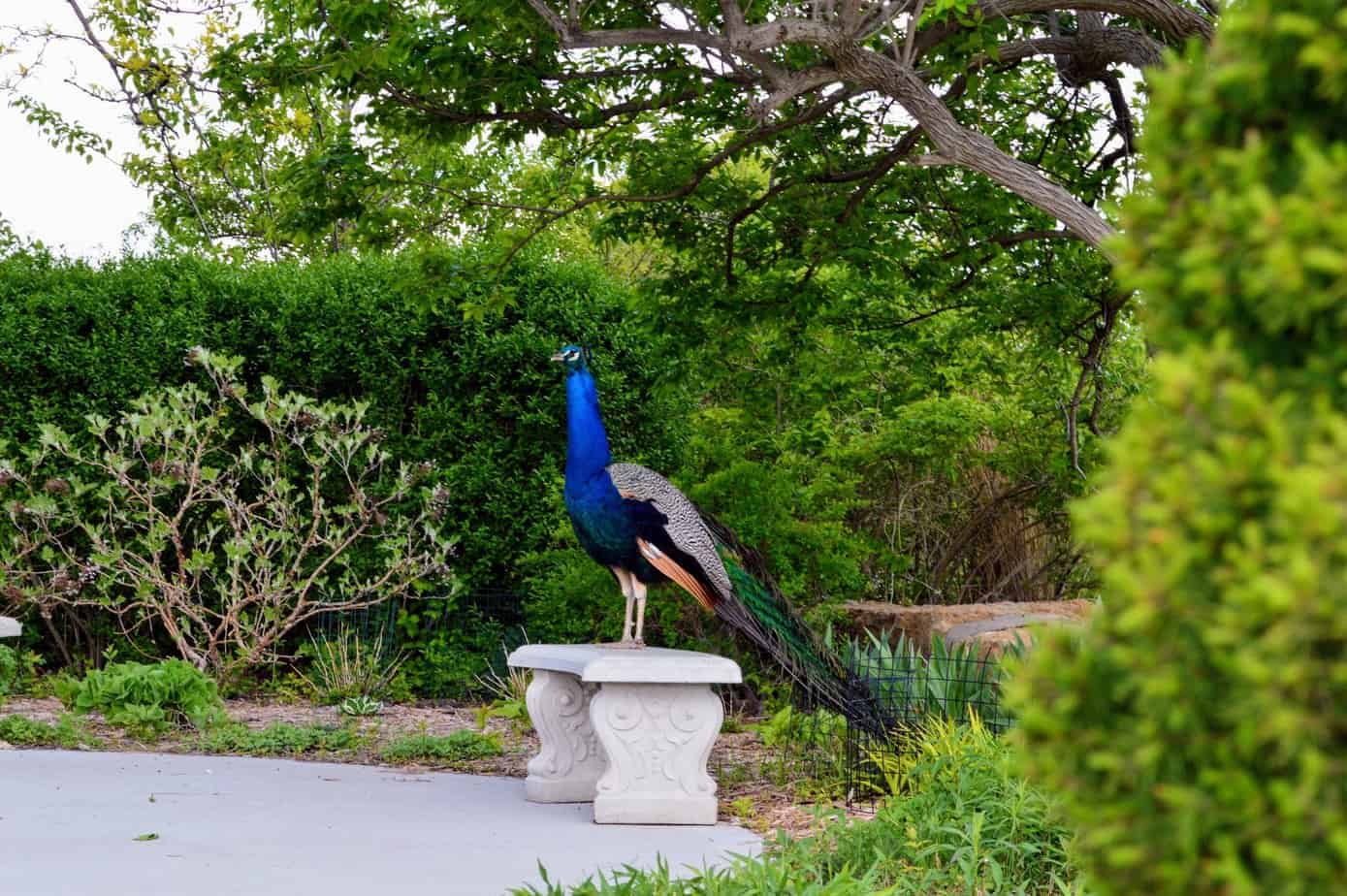 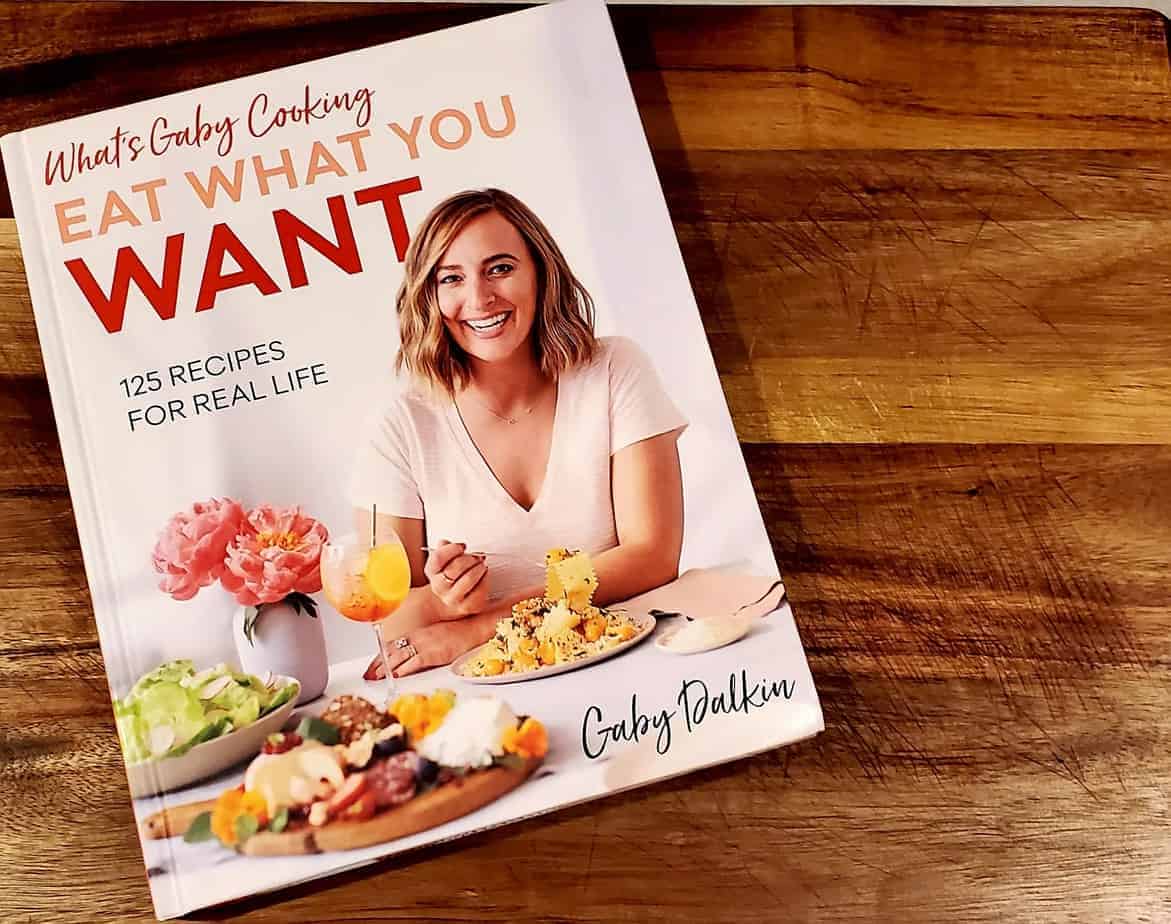 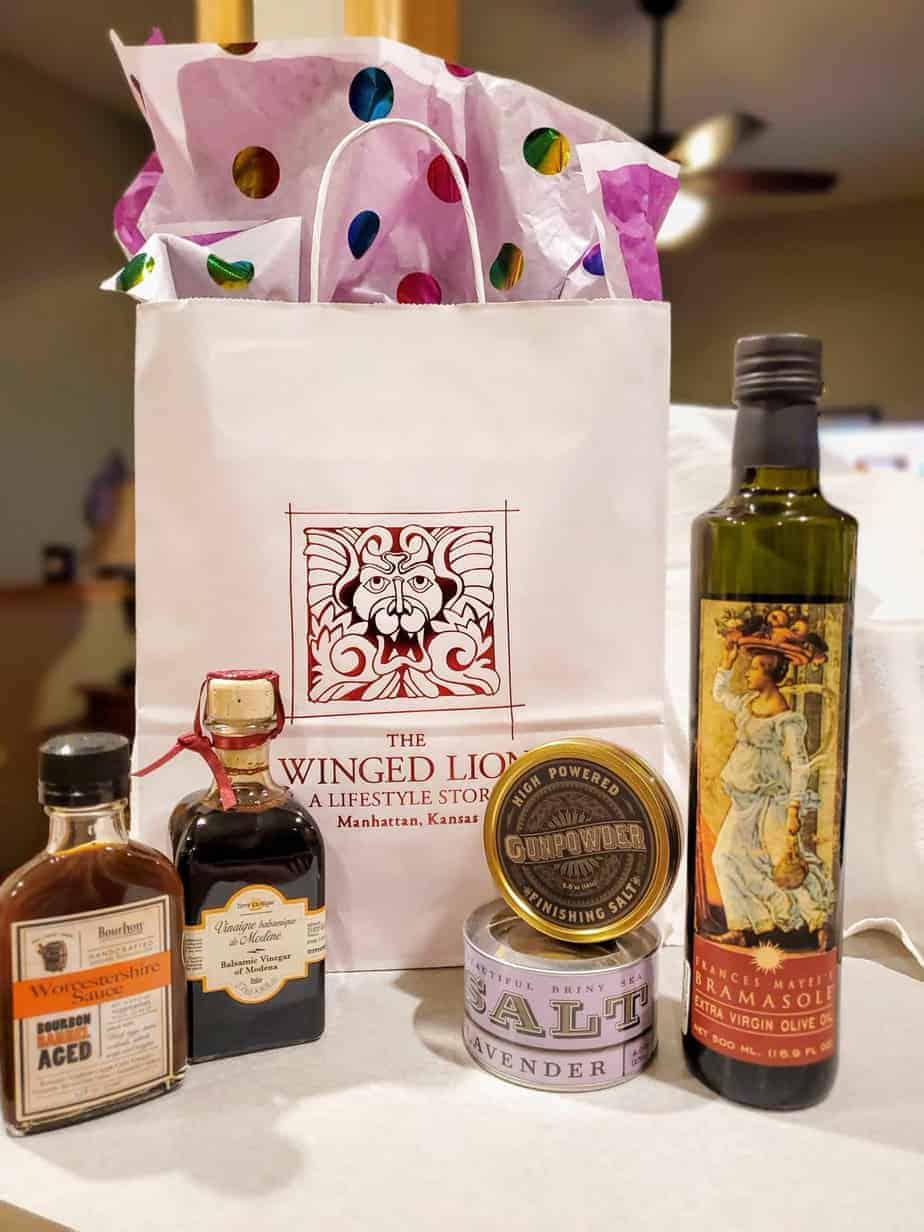 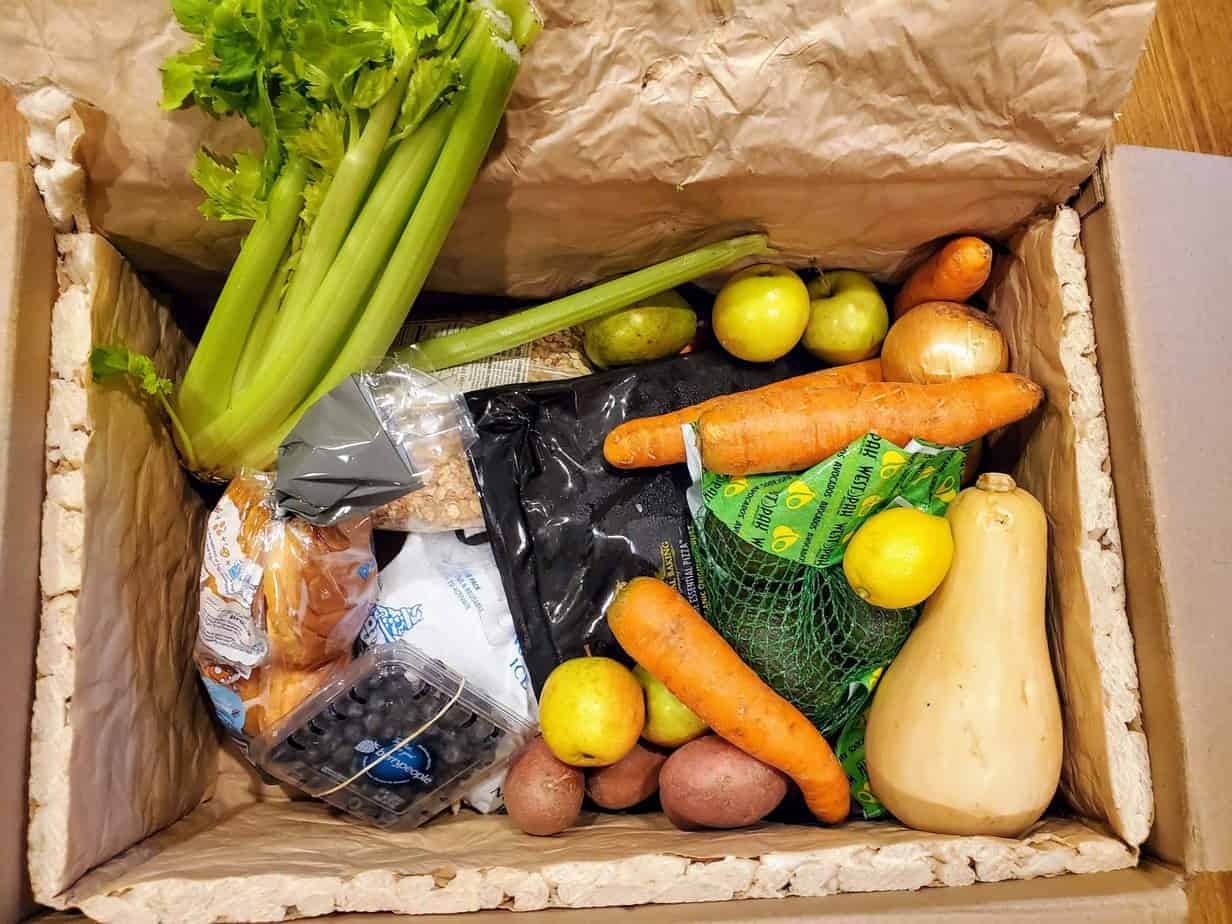 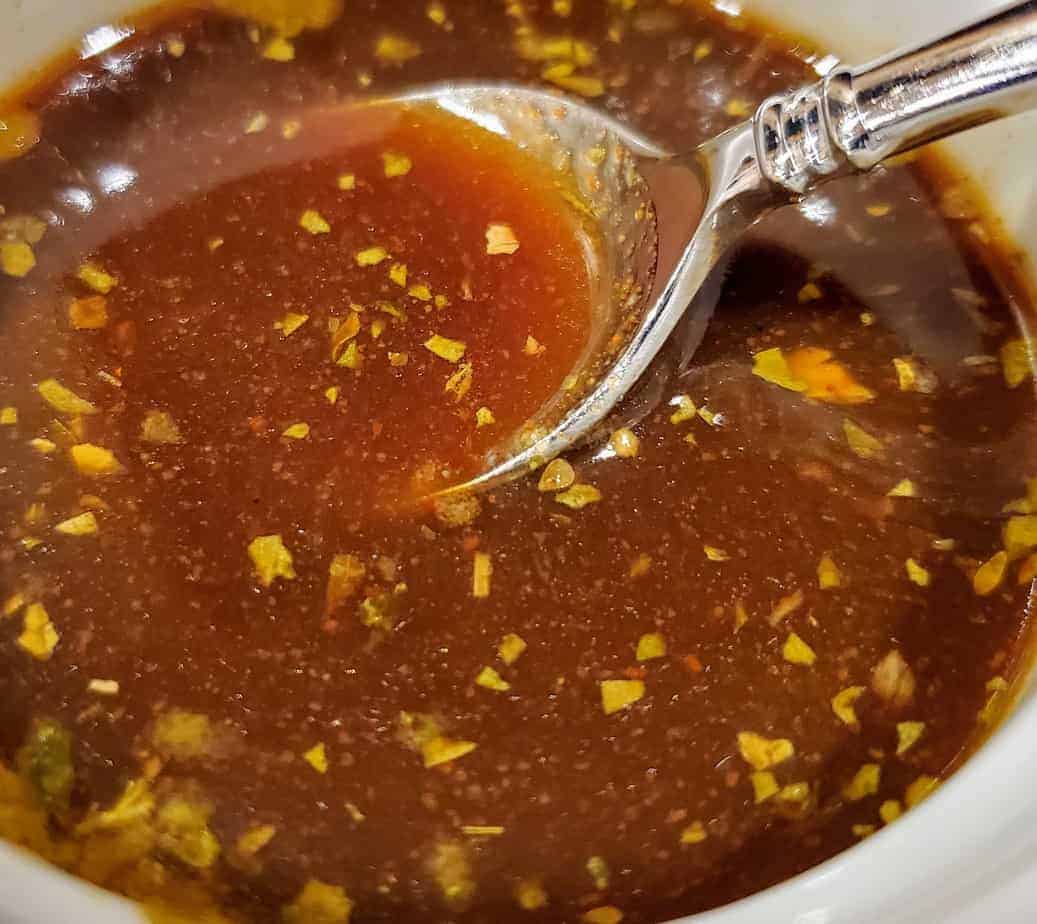 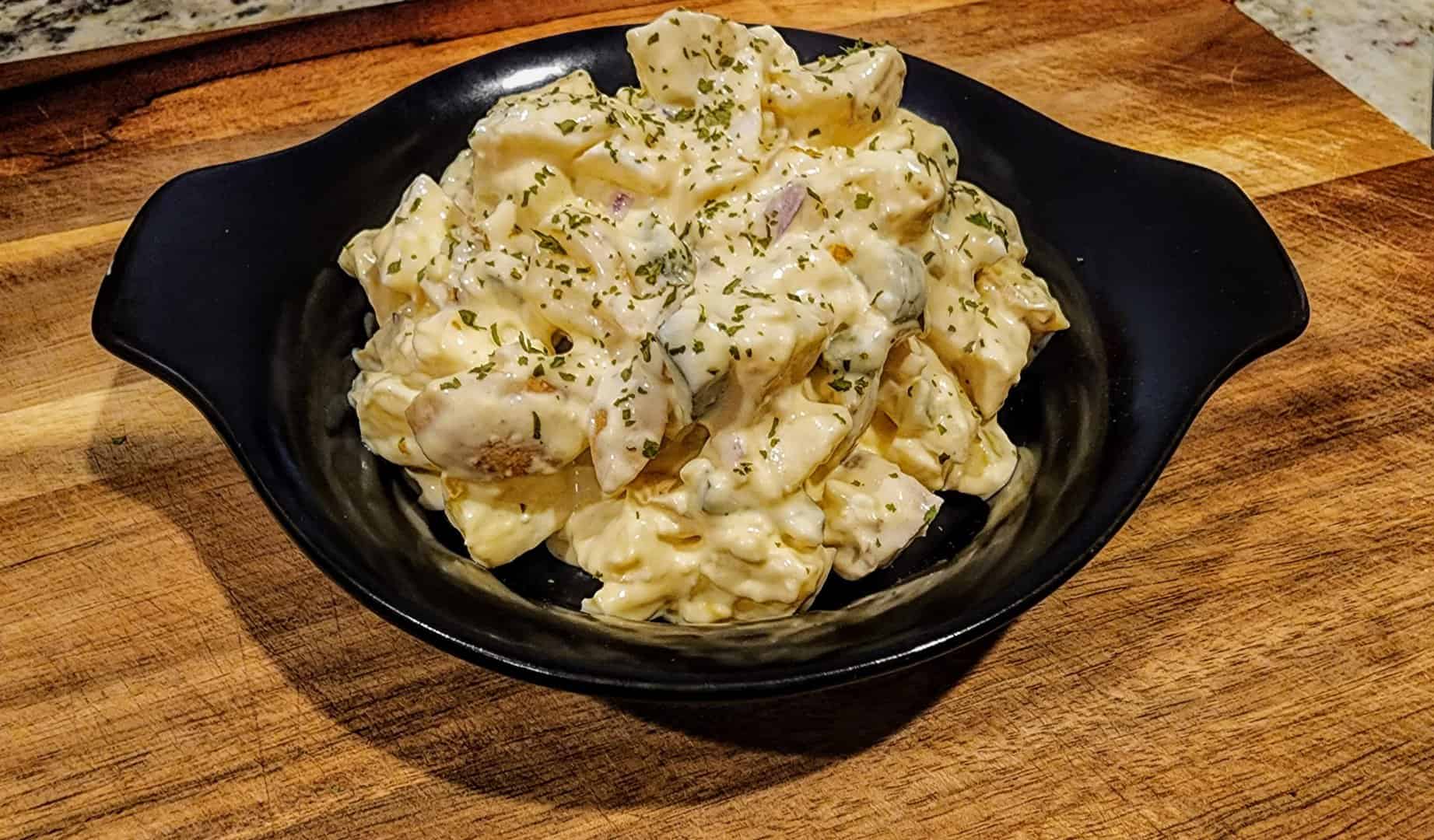 sOnce I made this potato salad we were hooked and now it is our standard. It seriously is the best potato salad with hard boiled eggs and it is perfect as a side dish. I have been known to just grab a bowl of this for dinner! For me, potato salad is a MUST during […] 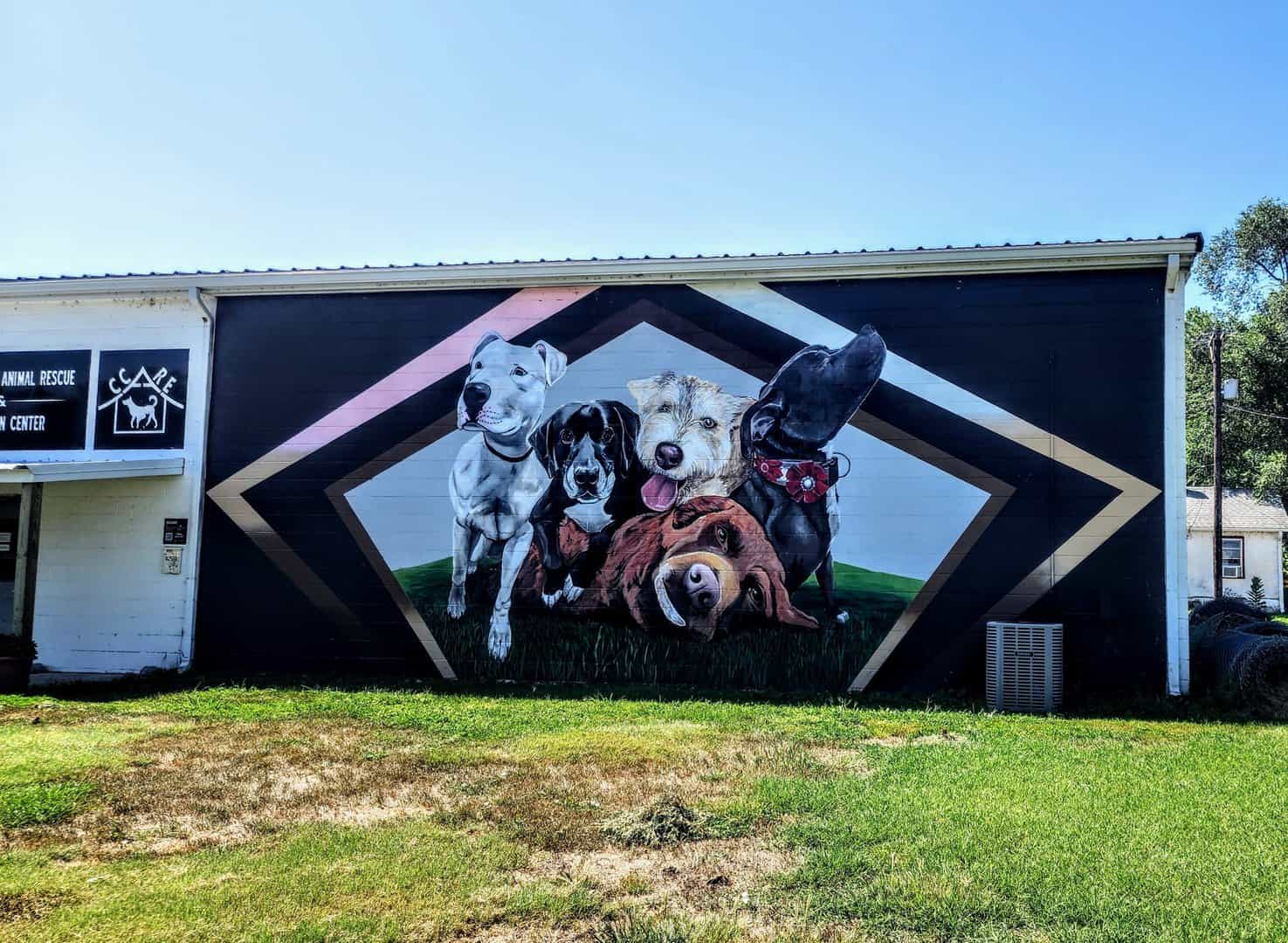 'Rescue' a mural in Clay Center, KS is adjacent to the entrance of the Clay Center Animal Rescue and Education Center. The mural depicts five of the over 1000 dogs rescued from the center. If you know me, then you know that I am a HUGE animal lover! We grew up with animals, big and […] 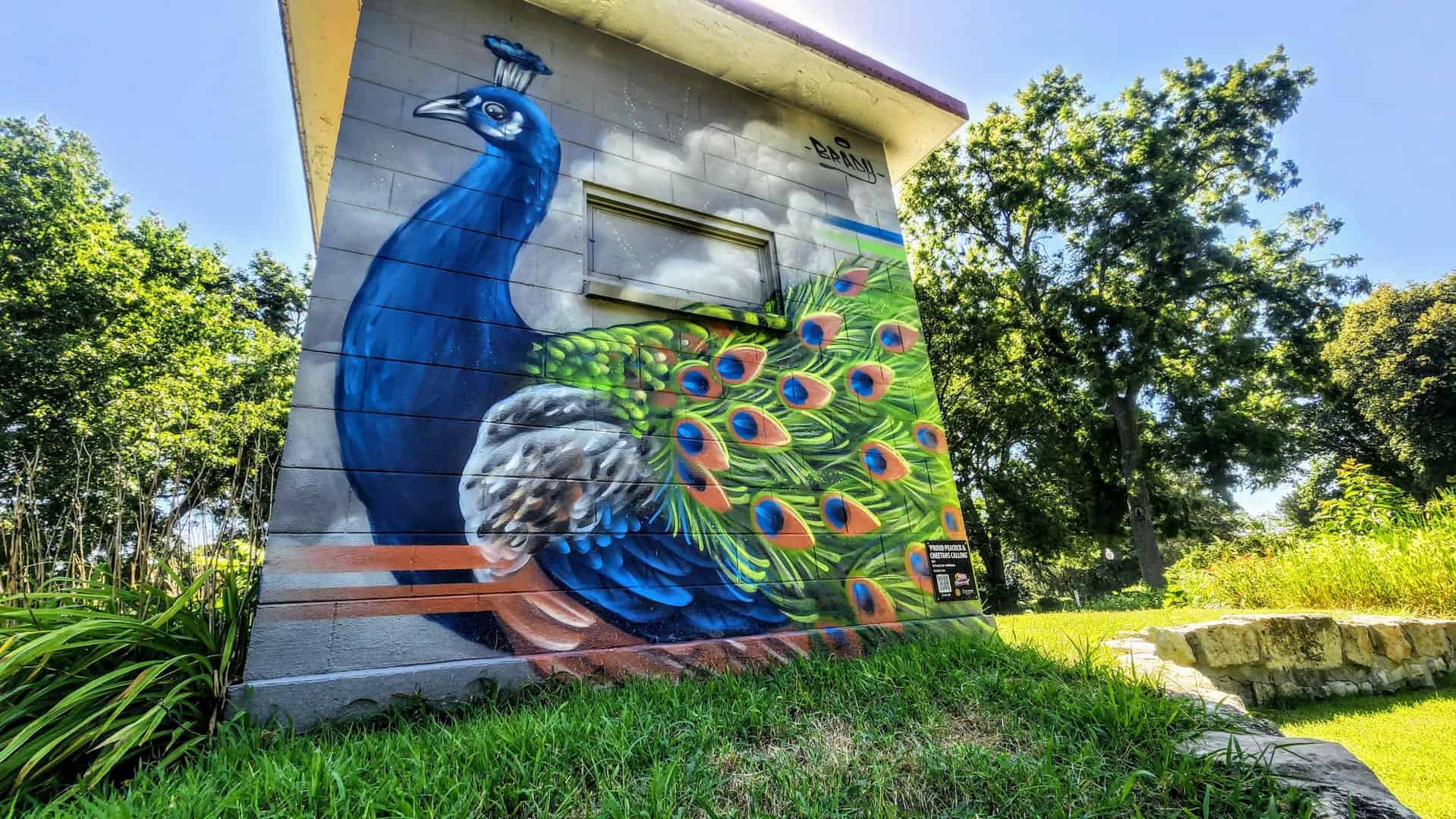 Murals at the Clay Center Zoo